You may be wondering why such an odd title for a jlog (my blog).  Am I going to be talking about an Irish Setter that is red?  They are very pretty dogs, but I’m not going to be talking about that kind of dog.  What about a Cavalier King Charles ruby dog?  They are reddish-brown in color and are wonderful dogs, but that’s not my topic.  In fact it’s not a dog at all that I want to talk about but it is an animal and its red.  Give up?

Well, I was in Jackson, Wyoming and came across a small herd of buffalo that had just calved a very tiny buffalo.  A new born buffals is called a red dog because it is red when it is born as in the picture below. 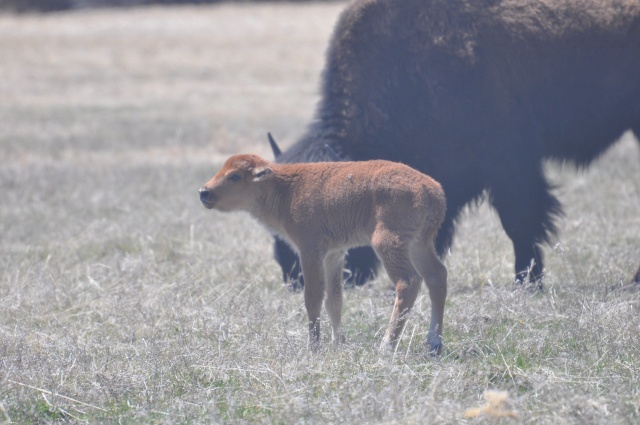 Little “Red”, as I called him had just been born a few days earlier and we were so close to him that we could hear him grunt a deep grunt as his tail would go between his legs each time he grunted.  His mother was oblivious to his grunts as she continued to eat in the background.  He grunted and grunted, but she wasn’t having any of crying out to her.  He finally just layed down and quit grunting. 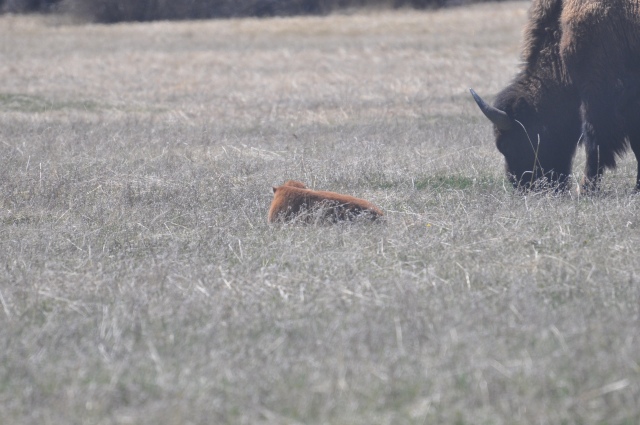 I have no idea what little “Red” wanted by his grunts, but whatever he wanted he didn’t get it from his mother.  It reminds me of times when we ask God for something and He seems not to hear our prayers or answer our requests.  In the case of little “Reds” mother she was not going to give Red what he wanted.  Sometimes God does the same thing in saying no to us because He has a better plan for us than to give us everything that we ask for.

As a parent of children, what would happen if we gave in to every request that our children wanted from us.  Candy.  No bed times.  No vegetables.  Mac and cheese all the time.  Rooms filled with junk toys.  Our kids would be spoiled rotten if we gave them everything that they asked for.

On this journey, like Red, there will be times when we don’t seem to be getting what we want in life.  Maybe its time to realize that God may just be saying no to our request like momma buffalo was saying no to Red.

I am happily married to Nadine, a person I've known for 20+ years. She and her late husband owned Airpark Auto Service where I took my car for years. Four years after my wife died we began dating and the rest is history. We have a blended family of 6 children between us and love visiting them across this country. We recently had our third grandchild between us. We love to hike, bike and ski. I am a psychologist and do relational life coaching for marriages and families primarily. I love what I do and never get tired of seeing marriages and families move to more healthy places in their lives. Five years ago my oldest daughter Deborah encouraged me to begin writing my thought into a blog I call my Jlog (Jim's log). I have become more and more passionate in connecting everyday experiences to spiritual truths. I hope that as you read my Jlog, you will gain insight into your personal life and experience true growth in your personal and relational life.
View all posts by James Gorton →
This entry was posted in God Relationship, Personal mastery and tagged #Prayer requests, #Red dog, Answered prayer. Bookmark the permalink.